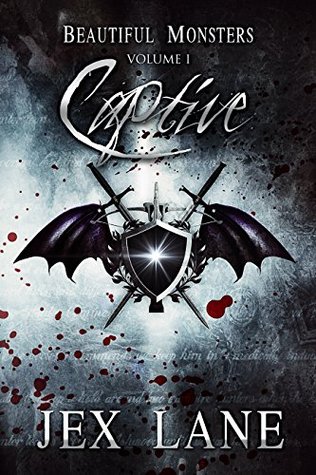 The Blurb: Everything changes the night he is lured into a trap and taken prisoner by High Lord General Tarrick—a seductive incubus who feeds off sexual energy. Forced into the middle of a war between vampires and incubi, Matthew is used as a weapon against his own kind. Although he’s desperate for freedom, he is unable to deny the burning desire drawing him to the incubus general he now calls Master.

This book is intended for mature audiences.

I was absolutely captivated by this story. It had all my favorite naughty, dark, and supernatural things.

My emotions are left in tatters at the end of this first book, much like the main character, Matthew. This poor guy (vampire) is put through the ringer. Physically and emotionally.

Falling into a trap set by a centuries old incubus, Tarrick, Matthew is taken captive. While Matthew is held the incubi learn many things about him that not even he knows about himself.

Believing him to be an asset, Tarrick wants to teach and train Matthew in the hopes of having him join the war the incubi fight against vampires for years. However, there are many incubi who view Matthew as a threat and want him dead and there are those in the opposing vampire camp who want him to change sides.

Matthew only wants to be free.

This was such an angsty, action packed, roller coaster ride for me. I kept wondering what the h*ll was going to happen next. Nail biting and lots of foot tapping may have happened as I read. MAY HAVE HAPPENED! 💋