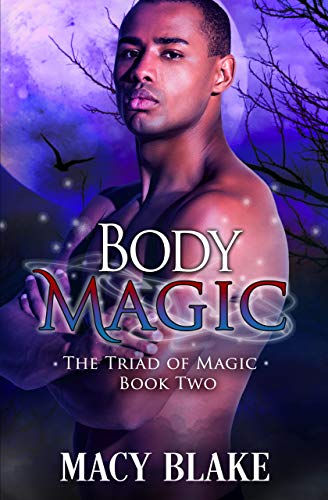 The Blurb: As Simon and Gray being their lives as mates, the High Moon Pack faces new challenges from both within their ranks and from forces they cannot have foreseen. Simon and Gray must work together to protect their pack while also remembering that a pack is only as strong as its weakest member.

While the pack adjusts to the new allies in their midst, new relationships are formed among the wolves. Rocky Harris has been on the bottom rung of pack society his whole life. But his role helping the High Moon Pack to improve security gives him a new sense of purpose and brings him face-to-face with new ideas and Cade Montgomery.

Cade’s confidence took a hit when the pack’s cubs were kidnapped on his watch. When Gray asks him to work with Rocky, he knows it will be hard to keep his hands off the other wolf, but he soon learns there is more to the security specialist than anyone knows, and the mystery is as alluring to Cade as Rocky’s body. While Simon and Gray celebrate their mating, Rocky and Cade start on their own path, but their journey is not without challenges.

When someone declares war on the pack and puts everyone in danger, Simon, Gray, Cade, and Rocky will need each other’s strengths to survive the impending battle—proving the strength of the pack is in their unity.

Ahhh… Book#2 was a thrill ride. While Simon is getting ready to embrace his full mage powers on his 25th birthday, a tiny cub finds its way to the pack lands. A whole lotta crazy comes with the cuddly pint sized mountain lion, but when has such a thing stopped the pack from accepting beings because they are different?

Enter, Cade… Best friend to the alpha and handyman to the community. Case is strong and loyal and right now he is macking on newcomer, Rocky.

Rocky was the tech and security specialist from book #1 sent to set up better surveillance for the pack. Rocky is also not who or WHAT he seems. Secrets secrets and more secrets!😲

I adored this, but I am biased because I think Blake’s stories RAWK to Mars and back! If you love good PNR, with excellent characters and storyline you will adore this series!

I received an ARC of this book from LesCourt in exchange for an honest review.⛄