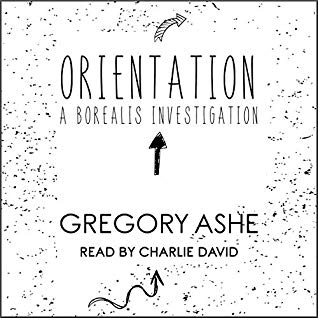 Shaw and North are best friends, private detectives, and in danger of losing their agency. A single bad case, followed by crippling lawsuits, has put them on the brink of closing shop. Until, that is, a client walks into their Benton Park office.

Matty Fennmore is young, blond, and beautiful, and he’s in danger. When he asks for Shaw and North’s help foiling a blackmail scheme, the detectives are quick to accept.

The conspiracy surrounding Matty runs deeper than Shaw and North expect. As they dig into the identity of Matty’s blackmailer, they are caught in a web that touches politicians, the local LGBT community, and the city’s police.

An attack on Matty drives home the rising stakes of the case, and Shaw and North must race to find the blackmailer before he can silence Matty. But a budding romance lays bare long-buried feelings between Shaw and North, and as their relationship splinters, solving the case may come at the cost of their friendship.

I had the “bad guy” pegged as soon as he entered the story. Blech! I know the type. Hell… I think most of us do. I call them a “PH” short for Pole Hustler. It goes back to my days moonlighting as the manager of a gentlemen’s nightclub. But, that’s a story for another time.😁 A PH has many faces and can be anyone at anytime to match their environment, like a chameleon.

In this story a young man goes to our MCs, Shaw and North, two private investigators, for help to catch a black mailer. Shaw and North who are in dire straits, financially, take the job. Little do they know this job will lead them down a destructive path that stirs up demons that nearly took Shaw’s life seven years ago.

Gah! This story had more twists and curves than Bob the Drag Queen before a drag show. 😂 You think the guys are going to go in one direction and bam North is being shoved in a dog crate.

Shaw is the focus of so many men that you would think this was a shifter Omegaverse story and he was putting out virginal omega pheromones or something. Weird!!😂

The author put quite a few left turns in the reader’s path so they never turn right to see the truth, until the end… Very Agatha Christie, though there are still some things I would like the answers to. So, I am hoping to have them answered as the series progresses. I’m a little frightened of how this will pan out though, and boy I do hope I am wrong. We shall see.