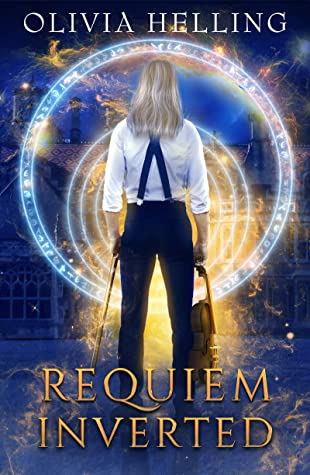 A trapped recruit. A genius sorcerer. When war turns the world upside down, will they dare to fight for love?

Ben knew the price for surviving the exalted University of Magic: keep his head down and his mouth shut, no matter what. He never expected to attract the interest of the genius magician Maurice. He certainly never dreamed that Maurice would love him back.

Whether experimenting in his laboratory or protesting the current regime, Maurice has never found a problem he can’t argue his way out of. That is, until he starts dating his shy fellow classmate, and Ben simply refuses to argue back. When Ben is called up to fight an unjust war, Maurice brews the argument of the century. Anything to keep Ben safe.

But when a spell goes wrong, Maurice’s life is on the line. Will Ben destroy his remaining hope and dare to speak out?

This was a complex tale about class division and its effect on two people who loved and cared for one another a great deal. While I knew it was short, I was still shocked when it ended, because I wanted more. I felt a need to see how things played out for Ben, the newly recruited young man whose only mistake in life was to be born into a life of plebeian class distinction.

Keeping his head down in school and his grades up earned Ben a military scholarship at the prestigious Academy of Magic. While there he meets Maurice, a patrician and highly talented magician from a long line of wealthy and connected magicians with ties to the government.

Though Ben and Maurice are from two different worlds their connection to one another blurs any lines that would threaten to separate them. At least that was the case until Ben’s scholarship runs out and he is called to fight in a war he doesn’t understand. Maurice doesn’t understand why Ben has “chosen” to leave school to kill innocent people. This is one line that friendship and love may not be able to blur.

I’m still hungry for more, so I hope Olivia will bring more of Ben and Maurice to the table.

I received a complimentary copy of this book from Queer Sci-Fi Ink.🍀